Provinces could get a boost in health funding – with certain conditions

Manitoba Premier Brian Pallister said Thursday that when it comes to health care funding, the provinces are not looking for the federal government to be their “banker” – they are looking for a “partner”.

He is at least half right.

Prime ministers are certainly not looking for a banker, as bankers usually have pretty strict terms and conditions on the money they distribute (and they usually expect you to pay it back).

For the same reasons, it is also unclear how much the premiers want a “partner”. The money they are looking for is money they can spend without the federal government being able to say much.

What the provinces seem to be really looking for is a donor. 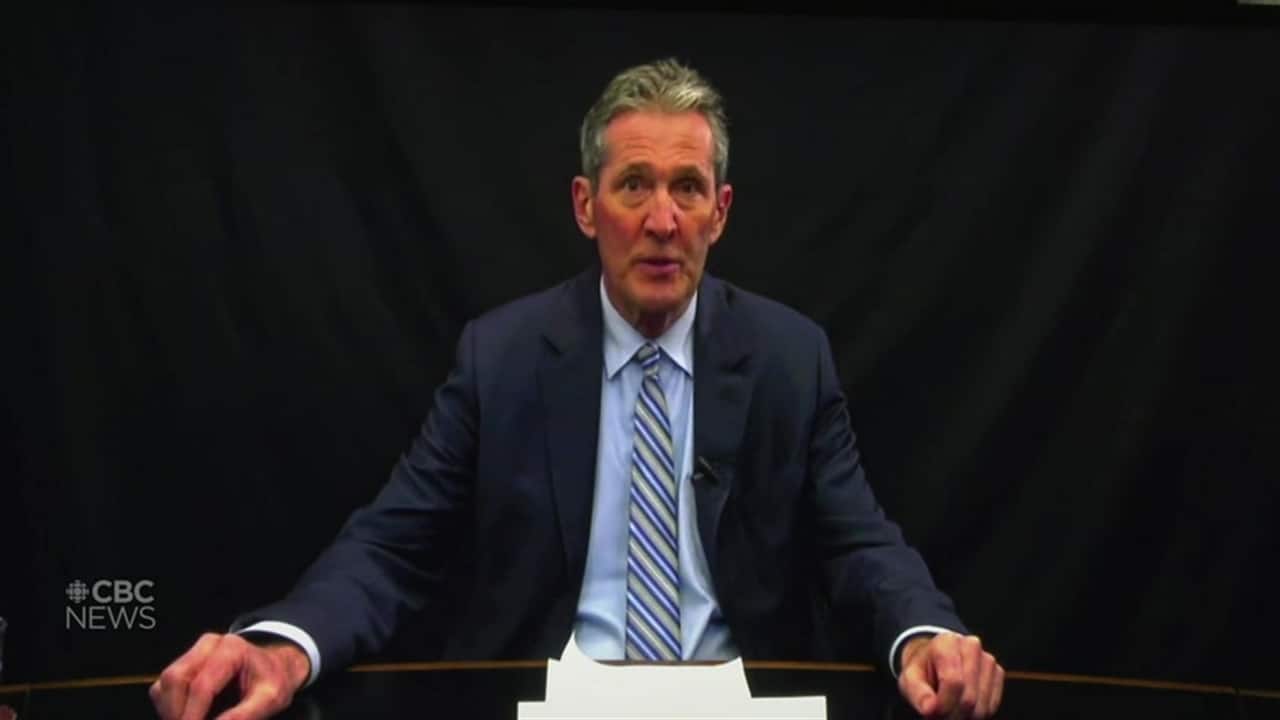 Premiers held a virtual press conference today to warn Ottawa that health care transfers must be increased in this year’s federal budget. They told reporters that all governments must work together to reduce the wait times Canadians face for care. 2:44

You can see the likely trade-off here: The federal government is increasing funding while acting as something between a donor and a partner. But beneath the political negotiation lie long-term questions about taxes, spending, and debt – questions of whether governments at all levels will have enough money to do what citizens want or need. them in the years to come.

Officially, the Premiers are asking the federal government to provide them with sufficient funding through the Canada Health Transfer (CHT) to cover 35%. There is nothing particularly magical about the number – the last time federal cash transfers covered this share of health care costs was in the mid-1970s. But the premiers decided that was a good number or a sufficiently ambitious opening offer.

CHT funds do not need to be spent on health care. Currently, the funding provided by the CHT is equivalent to approximately 22% of all health costs incurred by the provinces (although there is a long trail of context behind this number).

The provinces are right

The provinces are right to ask the federal government to pay more. The Parliamentary Budget Officer is latest fiscal sustainability report, released last November, reiterates a warning that has been issued consistently over the past few years: Assuming that an aging population drives up health care costs, the “subnational” combined debt-to-GDP ratio will continue to climb. unsustainable way into the future.

According to the PBO, provinces should either raise taxes or cut their annual spending by $ 12 billion to stabilize their collective debt-to-GDP ratio at the pre-pandemic level of 24.1%.

It’s time to talk about taxes

A transfer of $ 28 billion from the federal government to the provinces would reverse these calculations. Prime ministers have their own report from the Conference Board of Canada this indicates that the federal debt-to-GDP ratio would rise to 60%, then very slowly decline to 57% by 2038 – although the Conference Board calculates that provincial debt-to-GDP would eventually continue to rise.

But it’s also possible that someone here might have to consider raising taxes – and most federal governments will be reluctant to cede their fiscal wiggle room to the provinces if that means those provinces can avoid raising taxes, or even reducing them. .

The Government of Alberta, for example, is in the process of reduce its corporate tax rate from 12% to 8%. (When Premier of Quebec, Jean Charest semi-famously used an increase in federal transfers in 2007 to distribute a pre-election income tax cut.)

Somehow a conversation about the resources needed to meet the challenges of the post-pandemic world is necessary – and perhaps inevitable.

But Trudeau doesn’t seem in a hurry to start the health side of this conversation. “As I told the prime ministers, we will be there to increase these transfers,” he told reporters on Friday. “But that conversation has to take place once we’re through this pandemic.”

While the Liberals may be willing to increase the unconditional transfer to some extent, they also have other health care priorities they would like to pursue – expanding pharmacare and improving conditions of care. long-term (including a commitment to new national standards). .

If you put these things together, the provinces could end up with an offer to increase the federal contribution through a combination of conditional and unconditional funds – although perhaps not nearly the equivalent of $ 28 billion. fresh money.

Tory leader Erin O’Toole insisted he would be ready to increase transfers without conditions. He also stopped saying that a Conservative government would actually invest the full $ 28 billion.

Unless there is a quick change of government, however, Premiers and the Prime Minister might find – as many premiers before them have – that they are ultimately linked.

The provinces want money. The federal government wants to advance certain priorities that define legacy. And the public may not be very interested in the jurisdictional arguments right now.

These are the ingredients of a magnificent, albeit acrimonious, partnership.